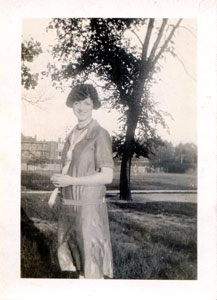 Growing up, I was told that I was the spitting image of the O’Brien side of the family. It’s true that I’m the only cousin with my feature set—dark curly hair, freckles, and blue eyes—and it’s also true that Grandma O’Brien died before I was born, rendering her into the ultimate Irish-Catholic matriarch. My father’s stories didn’t help. Like the one about the stinky hair potion she used on him to prevent baldness. (It didn’t work.) I remember a family reunion back in Chicago and the family album my aunts thrust under my nose. Look here, see? they said. Look at that resemblance!

All I know is that I visited for the first time, and I was hooked. In fact, if you’d like to read about two of my inspirations for the County Clare mystery series, please check out this guest post that I wrote when Kilmoon launched.


over a year ago